‘I Don’t Know What Else to Do’: Homeowners Turn to Crowdfunding to Avoid Foreclosures 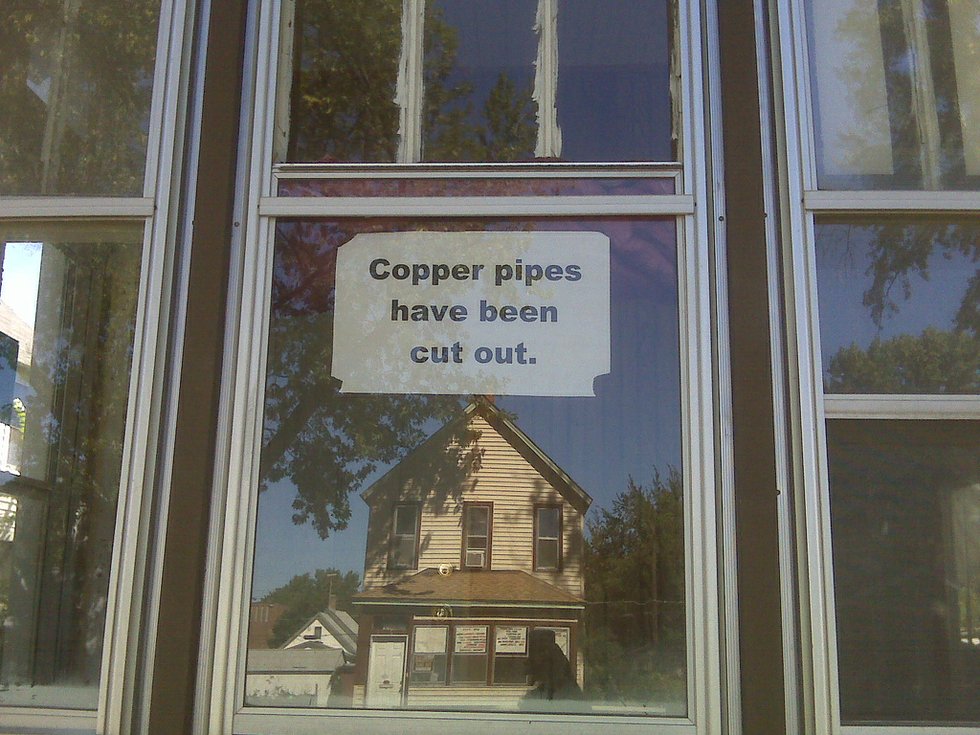 William Harding worked at an electronic manufacturer in Lexington, Kentucky for more than fifteen years before the company downsized in late 2014, after a merger. He was able to find another job a few months later as a systems analyst for a local oil company, which was soon bought out by a portfolio company, Tenex, merged with another oil corporation, and downsized once staff completed system upgrades to sync with the newly merged corporation.

Since he lost that job in October 2017, Harding has struggled to find work, experiencing a variety of worsening health problems, including Type 2 diabetes, high blood pressure, sleep apnea, spinal stenosis, and colitis.

A decade after the mortgage fraud and home loan crisis caused by the 2008 economic recession, foreclosure rates have dropped to pre-recession levels. But Americans are still grappling with losing their homes, often due to medical debt and sudden job loss. Foreclosures are still rampant. Between 2007 and 2016, more than 7 million U.S. homes were foreclosed on. Just under 700,000 properties in the U.S. faced some sort of foreclosure filing in 2017.

Americans are still grappling with losing their homes, often due to medical debt and sudden job loss.

After losing his job, Harding also lost his health insurance. Struggling to pay for diabetes medication and his bills, Harding and his wife filed for bankruptcy, finalizing that process last May.

“I tried to work with my home loan service provider, PennyMac, to work out some kind of deal with the house,” Harding says in an interview. “From day one, it’s been a nightmare.”

PennyMac is a mortgage loan company started by former executives of Countrywide Financial, the largest supplier of mortgage securities for Wall Street bankers that led to the the 2008 economic recession. PennyMac was founded in 2008 to profit off of the home mortgage crisis that Countrywide helped create.

Harding currently drives for Uber and Lyft, but can’t afford the monthly payments on his home loan. He says PennyMac has refused to grant him an extension to pay, agree to a special forbearance agreement, or short-sell the home in exchange for relocation costs. The company, in a message Harding included in a tweet, told him he needed to pay nearly $11,000 to continue his loan.

“I’ve tried to get a reduced payment or work out every other kind of financial agreement and PennyMac has blocked me at every turn,” he says.

And so Harding did what thousands of other people have done: In late August, he started a GoFundMe campaign to pay for his medicines and relocation costs. As of mid-October, he had reached just over $1,500 toward his $3,000 goal.

“At this moment, I literally have $155 in the bank and I cannot afford to even get the medicine I need and I am using up the last of what I have now,” he wrote in his appeal. “Without medication alone, I risk amputations, stroke, heart attack or even death.”

“At this moment, I literally have $155 in the bank and I cannot afford to even get the medicine I need.”

A search for “Foreclosure” on the GoFundMe site turns up more than 7,600 results.

“Right now, we’re waiting for the eviction notice to come because they won’t work with us,” Harding says. “It’s been a devastating year for us. I don’t understand why they want this house so badly. The houses on either side of me were walked away from, foreclosed on. They went to auction because nobody wanted them. I offered $350 a month to stay here. They turned it down. They have no answers. We’re just going to be forced out.”

As homeowners resort to crowdfunding to try to avoid impending foreclosures from banks or loan providers who offer no viable alternatives, the mortgage loan executives who played a large role in creating the 2008 economic recession and foreclosure crisis were able to avoid criminal charges, paid off settlements in some cases, and for the most part continue to engage in fraudulent or predatory mortgage practices.

In June 2018, consumer bureau director Mick Mulvaney dropped a regulatory case against PHH Mortgage Corporation for taking illegal kickbacks from mortgage reinsurers. In May 2018, the Trump Administration rolled back several regulatory reforms of the mortgage lending industry that were included in the Dodd-Frank Act.

“Dodd-Frank’s changes to mortgage originations have actually held up OK,” David Dayen, author of , a book on foreclosure fraud, writes in an email. “But mortgage-servicing abuses, which were never truly addressed in any post-crisis rulemaking, have become non-crimes, subject to sanction only if homeowners hit the lottery and find a sympathetic judge unwilling to rubber-stamp evictions.”

Dayen says he is not at all surprised to see homeowners resorting to crowdfunding to avoid foreclosures: “They’ve been rendered invisible by policymakers, their defenses have been ignored by the judiciary, and they’ve essentially shouted into a void for ten years.”

Against this backdrop, former Democratic Congressman Brad Miller of North Carolina is leading a lawsuit against Ocwen, one of the nation’s largest mortgage lending companies. Its purpose is to remove the incentives mortgage loan servicers have to continue predatory practices.

“There‘s been enormous abuse and financial enrichment at the expense of homeowners.”

”Over the last ten years, the principal objective of [mortgage loan] policy has been to have debtors pay every cent that can be squeezed out of them, including for debt that was really unconscionable in the first place,” Miller says in an interview. “There‘s been enormous abuse and financial enrichment at the expense of investors and homeowners.”

The lawsuit is currently awaiting a decision on Ocwen’s motion to dismiss, according to Miller.

Meanwhile, the situation for many homeowners remains dire. According to a Bankrate.com report published in September, nearly one in six Americans think it makes sense for homeowners to borrow against their home equity is a viable option to cover daily living expenses. Household debt in the United States recently reached $13.3 billion.

“We just paid the last mortgage payment we could afford on September 15,” says Mark Warner, who lives in Connecticut with his wife, Chris, and two daughters. “It will likely only take a month or two to receive another acceleration letter from Wells Fargo. We can’t afford to move and don’t have anywhere to go.”

Warner lost his job in May 2016 due to blackouts that re-emerged as symptoms of his epilepsy, and has been unable to find a job since, though he continues submitting applications. His family continues struggling to pay his medical expenses and those associated with his and his daughter’s Crohn’s disease.

After cashing in his and his wife’s pension plans and savings, Warner received a foreclosure notice from Wells Fargo in October 2017. With the help of an attorney, his family was able to modify its loan, and staved off foreclosure with help from a GoFundMe campaign.

Recently, Warner was forced to start another crowdfunding campaign through PlumFund, as his family faces another foreclosure process. “It’s embarrassing and humiliating,” he says, “but I don’t know what else to do.”