Long Island Iced Tea Corp. (LTEA), a microcap stock that has mostly coasted along for most of this year, shot up by more than 230 percent this morning, after announcing a pivot towards blockchain technology and a name change to Long Island Blockchain Corp.

The stock closed yesterday at $2.46 per pop and skyrocketed to as much as $7.45 this morning after news broke of its name change. As of this writing, it is trading at $6.60, up almost 180 percent from its closing price yesterday. It had a market cap of $64.38 million. (See also: RIOT Stock As Blockchain Goes Mainstream.) Trading volume has also skyrocketed, to more than 10.5 million shares, mid-morning on Thursday. Average daily volume is 170,220 shares.

According to a Nasdaq press release, Long Island Iced Tea is shifting its business strategy to focus on emerging opportunities in the blockchain industry. Specifically, it is evaluating multiple opportunities in the space, including providing exchange and infrastructure services for blockchain to the finance industry and setting up a new smart contract platform. It has also reserved the domain . 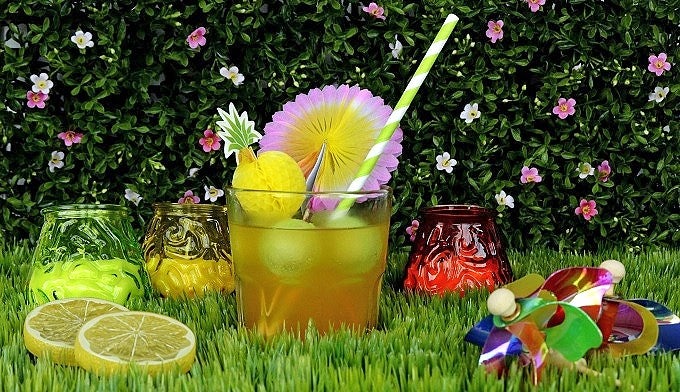 But there’s a catch. “There is no assurance that a definitive agreement with these, or any other entity, will be entered into or ultimately consummated,” the press release stated.

In other words, the company is still evaluating its prospects in the blockchain industry even as it has assured investors that it will still continue to produce beverages. In fact, just two months ago, the company inked agreements to expand this business in Australasia and Europe. (See also: Bitcoin-related Stocks Soar After Futures Debut.)

As CNBC points out, this is the second case (in as many days) of a beverage company’s stock spiking due to a name change. Future FinTech shot up by more than 200 percent after traders noticed its name change (which it originally announced back in June) from “SkyPeople Fruit Juice.”  Another microcap stock, LongFin Tech, surged by more than 2,600 percent in a week after acquiring a blockchain-based microlending platform.

Investing in cryptocurrencies and other Initial Coin Offerings (“ICOs”) is highly risky and speculative, and this article is not a recommendation by Investopedia or the writer to invest in cryptocurrencies or other ICOs. Since each individual’s situation is unique, a qualified professional should always be consulted before making any financial decisions. Investopedia makes no representations or warranties as to the accuracy or timeliness of the information contained herein. As of the date this article was written, the author owns 0.001 bitcoin.