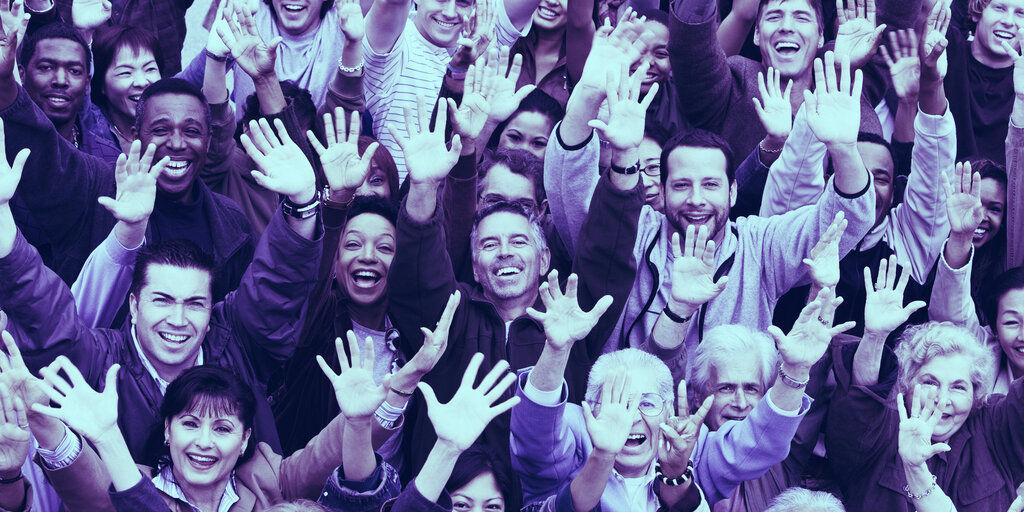 The top 10 decentralized applications () on the Ethereum blockchain have reached 1,017,760 daily active users on average over the past month, according to published today. Unsurprisingly, decentralized finance (DeFi) platforms accounted for over 94% of this activity.

Per the report, six out of the top 10 Ethereum dapps are from the “DeFi & Exchange” category and two are from “High-Risk.” Still, one (NFT) marketplace (Rarible) and one game (Axie Infinity) app also made their way into the top-10, although they accounted for only around 25,000 active daily users out of a million.

Among the top 3 dapps, DeFi platform Crypto.com alone is attracting over half a million users daily, leaving all its competition far behind. Decentralized exchange Uniswap and crypto lending platform Compound are responsible for 276,000 and 141,000 daily active users, respectively.

In total, DeFi and exchange dapps attracted over 94%—or 952,920—of the daily active users over the last 30 days, the report noted. Simultaneously, excluding the first three positions, the dapps that took the places from fourth to tenth have between 10,000 and 30,000 daily users, signifying that DeFi platforms are still Ethereum’s main “killer apps.”

“The interest and useability of DeFi features to retail users have become clearer and it can be argued that Ethereum finally has the killer dapps to gives (sic) users new and old a tangible way to utilize their tokens,” the researchers concluded.

As Decrypt reported, Ethereum’s DeFi applications amounted to in the third quarter of 2020, skyrocketing to $119.5 billion. Now there are plenty of users too.