Previous postChristmas Miracle is Needed for Monero Mustangs
Bitcoin is too hot for criminals. They're using monero insteadNext post 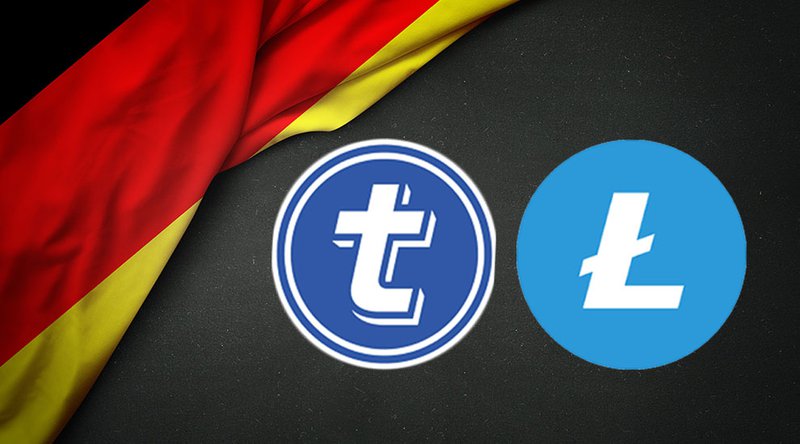 In May 2018, TokenPay Swiss AG joined with WEG Bank in Germany. The former attained a 9.9 percent stake in the bank, along with the option to purchase as much as 90 percent, pending regulatory approval. On July 10, 2018, that 9.9 percent stake has been transacted to the Litecoin Foundation in exchange for a marketing and technology service agreement that could greatly benefit TokenPay.

Under current German banking laws, a business cannot own more than 9.9 percent of any bank without legislative support. Should TokenPay earn the approval it needs, the company will purchase the rest of the bank’s shares and use its network to add several hundred thousand customers to its new debit card solutions platform by the end of the year.

Speaking with Bitcoin Magazine, TokenPay CEO Derek Capo explained, “We are building an entire ecosystem that includes merchant services, banking, escrow, gaming, e-sports, employments services, etc., where we have entire control of the vertical integration needed to lower costs, but also control our destiny. Litecoin is a top-five blockchain in the world, and boasts more than one million followers worldwide, which helps increase the chances of TokenPay’s ecosystem to succeed.”

TokenPay describes itself as “Bitcoin on steroids.” A decentralized and self-verifying payment platform project, TokenPay incorporates cryptographic technology along with security and privacy features to create the company’s token, TPAY. The company also boasts shares in both banking and asset management institutions.

Founded in 2011 by tech entrepreneur Charlie Lee, the Litecoin Foundation is based in Singapore as a nonprofit organization designed for promoting and building blockchain applications. The power and speed of the Litecoin blockchain also allow for lower fees and faster transaction speeds when compared to Bitcoin.

The partnership will give TokenPay access to Litecoin’s many users, who will now have the opportunity to trade and sell TPAY, as well as enroll in the company’s debit card services. Litecoin, on the other hand, will benefit from TokenPay’s banking connections to potentially integrate its blockchain network into further legitimate monetary establishments.

Lee commented, “This partnership is a huge win-win for both Litecoin and TokenPay. I’m looking forward to integrating Litecoin with the WEG Bank AG and all the various services it has to offer, to make it simple for anyone to buy and use Litecoin.”

Both companies will focus on specific aspects that are critical to the growth of the joint venture, including the TPAY cryptocurrency and its blockchain and the TokenPay multisignature transaction engine, which will boost payment speeds.

Dr. Jorg E. Wilhelm, head of the supervisory board of TokenPay Swiss AG, stated, “Our ecosystem consisting of the TPAY blockchain, WEG Bank, TokenSuisse and Litecoin Foundation provides us with a tremendous opportunity regarding merchant solutions, along with a strong and diverse customer base for our crypto debit card business. The tangible reality of bridging the gap between the old and new world is electrifying.”

Capo said he is also looking into developing partnerships with additional crypto-based companies like Verge.

“This is the beginning of the impact TokenPay is going to have in the blockchain industry,” he said. “We have a lot more projects and deals to work on, and we feel we have barely scratched the surface. Having partners like Litecoin with us is going to make the chance of success higher than it [was] yesterday.”